Sometimes one would see references to ‘hard’ style and ‘soft’ style martial arts. To many non-martial artists, these terms may be puzzling. In North America, these terms are used to classify martial art styles into two main categories. Japanese/Okinawan karate and Korean tae kwon do are generally referred to as hard styles. Movements in both karate and tae kwon do are often linear with their forms (traditional sequence of set moves) performed with crisp movements. Chinese kung fu styles are usually referred to as soft styles. The circular motions of kung fu forms give them a more visually graceful or softer appearance especially when many of the movements flow from one to another. Even Korean kuk sool won which is sometimes referred to as ‘Korean kung fu’, is often classified as a soft style since its movements are also more flowing than the stop and go of tae kwon do or karate. This is not to say that hard styles such as karate or tae kwon do are more powerful martial arts than kung fu and other soft styles. The term ‘soft’ is a bit misleading because the power from circular kung fu moves are often hidden. Circular moves can generate just as much power as linear ones.

The terms hard style and soft style came as a result of the evolution of North American martial arts competitions, particularly in forms divisions. For many years, open karate tournaments which allowed all martial arts styles, had competitors from different martial arts backgrounds compete in the same forms divisions. All equivalent level competitors, whether they used a Japanese/Okinawan karate kata, a Korean tae kwon do pattern or a Chinese kung fu form, competed together in the same divisions. This provided a nice martial arts showcase for spectators especially at the bigger tournaments. However, some competitors and judges considered divisions with combined styles to be too complicated. For example, judges who were familiar with only Japanese or Korean styles had a difficult time scoring competitors performing Chinese kung fu forms. Sometimes competitors from different martial art styles felt that judges were being biased against them. Judging a hard style form against a soft style form was often like trying to compare apples to oranges.

To help resolve these issues, many of the larger martial arts tournaments expanded to have separate divisions for hard and soft styles. This was a way to equalize things and add some more fairness to all competitors. The largest tournaments went another step ahead and further separated Japanese karate stylists from Korean tae kwon do stylists by putting them into different divisions too. This still left many kempo stylists up in the air because their particular forms have both hard and soft style elements since their movements are both linear as well as circular. Some promoters of large tournaments decided to accommodate kempo stylists by adding in separate forms divisions just for their style too. Of course many smaller local tournaments have not been able to offer separate hard and soft style divisions for martial arts forms competitors mainly because of financial budget restrictions. The terms hard style and soft style are used only in North America and parts of Europe since these are the only regions of the world that have open martial arts competitions. Martial arts competitions in other parts of the world such as Asia are generally restricted to certain specific styles only. 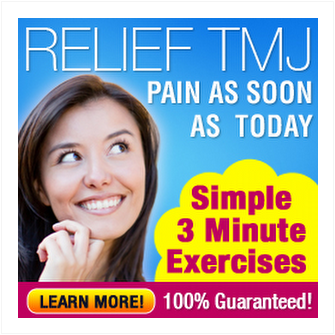 This program takes a holistic approach to relaxing and strengthening every muscle in your head, from the inside out. Discover Simp[...]
Read More
⇛ view similar products
Amazing Forex System Forex Shark This is making profits real quick for all traders who used it. So, it's time for you to stop dreaming about success and finally ta[...]
Read More
⇛ view similar products
Amazing Forex System Forex Shark

This is making profits real quick for all traders who used it. So, it's time for you to stop dreaming about success and finally ta[...]
Read More
⇛ view similar products
Learn The Thai Alphabets

Learn How To Repair and Maintain A Bicycle With The #1 Bike Maintenance Course. Over 200 Videos and Bicycle Repair Manuals - Co[...]
Read More
⇛ view similar products

As Seen On TV

Any cookies that may not be particularly necessary for the website to function and is used specifically to collect user personal data via analytics, ads, other embedded contents are termed as non-necessary cookies. It is mandatory to procure user consent prior to running these cookies on your website.